Day 14: The Power of Intention

I’ve finally gotten back to the point where, if I don’t practice for one day, my body (and mind) are begging for a good practice.  I admit that yesterday I didn’t get in a physical practice, as I got stuck in post-holiday traffic driving to Harrisburg and then had my hands full introducing and helping my dog Honey get along with the man-friend’s dog Macky….Honey Bun isn’t so used to other dogs.  It was a little touch-and-go at first, but I think I see a doggy friendship in their future! 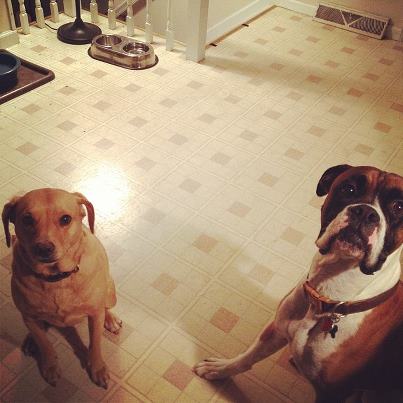 So today, after a couple long car rides and two dogs keeping me on my toes for the day, I needed to get back on my mat.  I did so at Yoga Agora here in Astoria.  This studio is my backup whenever I can’t make class at The Yoga Room and don’t feel like doing a practice with Yoga Today.  It’s just $5 for a 75-minute class–not too shabby!  I took Anna’s class today, and I think this was my favorite class so far.  In fact, if I had to describe this class in one word, it would be delicious.  It was a nice, slow flow in which we held the poses nice and long (but not too long!) which really allowed me to stretch out my aching body.

As good as the physical practice felt, Anna’s words also provided inspiration.  The first was simply, “Vibration is good.”  This really resonated with me (you see what I did there?) because it made me think of my favorite part of the “om”:  when I say the “m” and I feel the vibration move through the length of my body, which is extremely calming…kind of like a baby riding in a car.  During the practice I really brought my awareness to the vibrations I was feeling through my breath and from the rest of the yogis in the room.  Feeling the positive energy throughout the practice reinforces that what we put out there comes back to you.

Anna ended class with this quote (I’m paraphrasing), “Our job is not to seek love, but to seek the barriers we’ve put up that prevent us from accepting love and let them go.”  This made me smile, because it has essentially been my practice since July; I recognized that I tended to stay away from heart openers and decided that it meant that those were the poses I needed most.  I began every practice with the intention to have an open heart, and it has made all the difference, both on and off the mat.

How have your intentions influenced your practice?